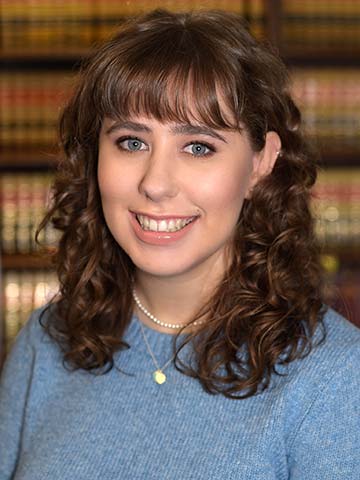 Rebecca, a California native, graduated cum laude from Gettysburg College in May of 2021 with a major in History and minors in Political Science, French, and Middle Eastern and Islamic Studies. She studied in Paris, France for six months, where she gained a working proficiency in French. During her time at Gettysburg College, Rebecca was honored with her acceptance into the highly competitive “Inside the Middle East” program through the Eisenhower Institute, which gave her the opportunity to analyze open-source intelligence, in addition to spending several weeks in Israel and Palestine collecting data to better understand the conflict. Rebecca has a passion for helping children, as she spent nearly a decade working with them as both an aide and as an instructor at a summer enrichment program. After obtaining her bachelor’s degree, Rebecca relocated to the Triangle and is currently enrolled in the Paralegal Certificate course at the University of North Carolina of Chapel Hill, which she is set to complete in December of 2021.

Rebecca enjoys hiking, baking, and exploring all the wonderful places here in her new home.